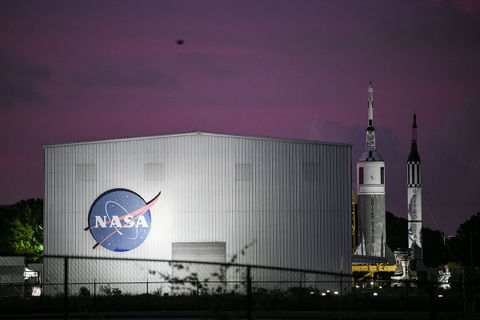 In a scenario that sounds straight out of science fiction, a team of NASA scientists may have detected evidence of a parallel universe — where time runs in reverse.

According to New Scientist, the discovery was made by a NASA-sponsored research group using the Antarctic Impulsive Transient Antenna, or ANITA. The group was funded $35 million to look for and study “ghostly particles that fill the universe,” NASA claims. Now the team has discovered particles that could be from another realm entirely, apparently.

For the study, the experts used a purpose-built balloon to carry the antenna high above Antarctica to scan for high-energy particles coming down from space. After two flights, over the course of two years, the trip only yielded brief moments of background noise but nothing else.

During the balloon’s third flight, the scientists decided to revisit the data from the previous flights. They discovered that the random noises they had recorded weren’t signals coming from space but rather coming up from the earth. The finding implies that these particles are actually traveling backward in time, suggesting evidence of a parallel universe, where time is in reverse.

Principal ANITA investigator Peter Gorham explained to the New Scientist that this evidence suggests that the Big Bang created our own universe and an existing parallel with it.